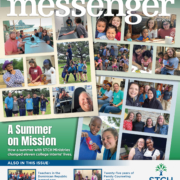 This summer, eleven college students in the role of interns supported three ministries: Homes for Children (HFC) – Boothe Campus, Homes for Families (HFF) – Marshall Ranch and International in the Dominican Republic (DR). Each person encountered God working in their hearts as He used them to minister to others. Enabling others to join in the ministry of reaching hurting children and families with God’s love and truth is essential to the mission of STCH Ministries.

Summer interns have assisted HFC for nearly 30 years. Joel Bowden, HFC’s Director of Student Ministries says this year’s interns gave him confidence that everything would be taken care of even if he could not attend an activity. The group consisted of three students Benjamin Brewer, Leah Brewer and Israel Pereya (Izzy) who interned at HFC previously. Two new students rounded out the team: Hannah Edmonds and Grace Skaggs from Go Now, the student missions’ program of the Baptist General Convention of Texas.

Benjamin, major at Texas A&M University at San Antonio, described his time at HFC as “marvelous”. The relationships he formed with staff, houseparents and children will impact him for the rest of his life. Above all, he knows God worked in him as well as through him each year. He believes he has learned to love boldly as a result of knowing the children. Proving himself trustworthy and earning the children’s friendship enabled Benjamin to put Jesus’ words into practice. In return, they taught him to love, how to be loved and what it feels like to be loved by God. Spending the summer at HFC “taught me so much more about myself and who I am; the reality is unreal,” he says.

Leah, Benjamin’s sister and a nursing major at Houston Baptist University, says HFC “feels like home.” She grew up close to the children’s home because her dad is a Director of Development for STCH Ministries. This summer taught her about grace. Sharing her concern about her mother’s cancer treatments with the students allowed them to respond with compassion and open up about their worries. Leah sensed God’s blessing each time the topic came up as God graciously allowed her to see the good He brought through a horrible situation. Leah knew trusting Him in extreme circumstances allowed her to see God’s goodness in her life. “I have never been more reliant on my faith than I am now and for I am immeasurably grateful.”

Izzy, a junior civil engineering major at the University of Texas at El Paso, believes his time at HFC prepared his heart to accept God’s call to ministry. He dreams of becoming a houseparent, caring for hurting children exactly as the on Boothe Campus do. “The houseparents are amazing people, a living example of how God’s love is supposed to be.” Early morning workouts with two of the taught him about lifting weights and Biblical wisdom. Every interaction with the children demonstrated God’s love in a way that is unique to HFC. “The kids taught me how to love without being scared.”

Hannah joined life at HFC as a Go Now Missionary. She wants to become a middle school teacher and attends Texas A&M University at Commerce. God taught her through the children how each moment of every day fulfills His purpose for the lives of those He loves. One day, Hanna decided to sit at the picnic tables outside of the pool to read her Bible. One of her favorite little boys sat right beside her and started asking questions. What was she doing? Why? Could he do the same thing? For the next thirty minutes, the two sat at the picnic table and read the story in John 13 about Jesus washing the disciples’ feet. Hannah explained to him step by step what she does when she reads and why it is so important to do so. Unlike most little kids, he sat and listened to the answers she gave. Hannah enjoyed the opportunity to disciple the boy. “If it weren’t for him sitting down beside me, this conversation would not have happened,” she said.

Grace, a fourth-year nursing student at the University of Texas, answered God’s undeniable call to spend her summer break as a missionary. Her academic plan required her to intern in a hospital; yet, God made it clear she needed to be on mission for Him. Grace felt drawn to HFC because she knew her life experience would allow her to connect with hurting kids. Forging those connections proved difficult in the beginning. She took all the pain and brokenness she saw in the children and it overwhelmed her. Grace felt God reminding her to trust Him. Once she handed that burden to Him, she stopped crying all the time, slept better and finally felt like she could function for Him. Grace formed a sweet friendship with one boy and she tried to read with him daily. By the end of the summer, he could say his alphabet, knew a handful of sight-words and sounded out words. Every day before leaving his cottage, she gave him a high five and told him, “You did awesome today.” One day towards the end of the summer he responded, “Hey Grace, I bet I will do awesome tomorrow too.”

HFF began working with summer interns three years ago when Hannah Pace joined them. This year Marshall Ranch added two Go Now Missionaries, Kirby Chadwick and Andrea Torres. HFF’s Director Theresa Klacman believed the impact the girls made with the children would mark them all for eternity. By the end of the summer, HFF staff realized the value the interns brought to the campus; Theresa described them as a God-send.

Hannah, 21, plans to work with victims of sex trafficking after she earns a degree in social work. She learned of HFF when STCH Ministries representatives presented at her church in Edna, Texas. Her love for children brought her to Marshall Ranch the first time; the depth with which she loved the moms kept bringing her back. Each year she looks forward to renewing her friendships and seeing the progress God brings to each family. This summer, God showed Hannah His deep love for her allows her to step out of her comfort zone and He accompanies her through all aspects of her life. “There are some rough patches along the way but at the end it is beautiful.”

Kirby heard about HFF through her Baptist Student Ministry at Baylor University where she is a sophomore studying nursing. The changes the families made through the program impressed her. God worked in Kirby’s heart too; she discerned He has given her a passion for broken families and the restorative work He can do within them. God revealed to her the mercy and grace He extends to each person when they fall into the traps of human nature; she was comforted knowing she is covered by His mercy. “Interning at HFF brought me so much joy and encouraging the staff and residents was incredible!”

Andrea, a computer science major at The University of Texas at El Paso believed summer missions would not fit into her plans. Knowing her non-Christian parents would not help with expenses, she applied for the summer position as a test to see whether God would use her. He responded unmistakably allowing her church family to surprise her by donating all the money she needed. Over the summer, she watched the HFF moms make drastic changes in their lives for the sake of their children. It sparked an urgency within her to invest in the spiritual life of her family back home. “I realized I had become complacent in my dealings with my family. I need to pray for them more.”

Joanna Berry, Vice President of Family and International Ministries witnessed Kali Scholle, Katie Barclay and Ashley Beck evolve from timid and anxious to bold and confident young women. They faced unfamiliar situations including not knowing the language; long hours devoted to menial jobs in the heat but experienced joy in the process.

Ashley understood God’s call on her life to vocational missions during a mission trip Poland in 2017. She purposed to carry out her calling by pursuing a Christian studies degree with a minor in missions at Ouachita Baptist University. This summer, God placed on her heart a life lesson that changed her thinking – ministry never ends. Though life holds various trials, and she grew tired, she understood God called her to be mission-minded no matter what. “God reminded me the reward of ministry is the hearts we lead to Jesus. We may only meet the people once here but we will worship together someday in Heaven. The true reward is always Jesus.”

Katie, a speech therapy major at Stephen F. Austin State University, described her time in the DR as “the best experience I’ve had in my lifetime.” The lesson that made the biggest change in her heart had to do with loving people. The Dominican believers showed Katie how to genuinely love others and do it with a smile. She returned to Texas challenged to love the people God placed in her life more fully. To do that, she must dedicate herself to knowing Jesus through Bible Study.

Kali, a recent finance graduate of Oklahoma Christian University, resisted the idea of spending six weeks out of the country when she needed to study for her CPA exam. However, God revealed to her the unique opportunity she had. “It hit me that never again (until retirement most likely) would I have six weeks free to go overseas.” Changing her perspective allowed her to see God had paved the way for her to obey Him. She encountered the power of investing in relationships. “I discovered kids do not care if you cannot communicate in Spanish. They simply wanted love.” She found a renewed passion to share the Gospel and still feels amazed knowing God can use her story to point others to Christ.

Eleven interns served in three ministries and through it all the overlying theme was love. Love from the people they came to help, love for each other and God’s love  – “that their hearts may be encouraged, being knit together in love, to reach all the riches of assurance of understanding and the knowledge of God’s mystery, which is Christ” (Colossians 2:2). STCH Ministries was blessed by their commitment to spend their summer on with God. 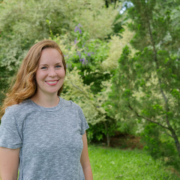 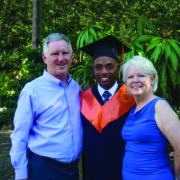