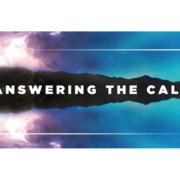 At the age of 22, Wayne decided to make a life change by joining the military. He did not know then how this decision would ultimately impact the rest of his life or his family’s lives. Almost 25 years after enlisting, everything changed drastically, and moving forward seemed impossible. Through God’s healing power and aid from a STCH Ministries counselor, his and his family’s ability to face daily struggles grew in ways they never thought possible.

GROWING UP, WAYNE ENCOUNTERED many difficulties that led to substance abuse and not knowing what direction to go following high school. Around that time, he fell in love with Claira and knew that he wanted to spend the rest of his life with her. Still not knowing what to do with his future and wanting to prove himself to Claira’s father, he enlisted in the United States Army. Wayne received his orders for a high clearance position. He would not be able to share with Claira his position or any details of his missions. Having to keep what he experienced to himself would lead to emotional and physical trauma in the future.

Wayne’s exposure to trauma started early in his military career. Being exposed to things that most humans cannot even imagine led him to building walls in his brain to hide his experiences. Claira would write to him sharing about her life at home, wishing he was there with her. Wayne traveled home and after being together for four and a half years, proposed to Claira. She said yes and they married the next year. Even after marrying, much of his work travel did not include Claira. She still believed that his work in the military involved nothing more than fueling trucks.

After a little more than ten years, Wayne left active duty but remained in the reserves for a few more years. When discharged, he received two different sets of discharge papers, one that explained what his true job was although most was redacted) and what his family and others thought his job was. During his time in the military, he endured multiple physical injuries as well as countless emotional scars. He kept the emotional trauma tucked in the back of his brain as he started a new job and tried to move forward with his family, including his two children.

Although he tried to move forward, his family experienced unexplained bursts of anger from Wayne and did not understand where it came from. Claira recounted, “his anger was so bad so many times through our marriage literally we were almost done so many times. I would say, ‘I can’t take it anymore. We’re done.’ He would get mad. I would get mad. He would pack up. I would pack up. I would say, ‘there is something wrong with you. You have to get help,’ but he didn’t know where to go.” His anger created a division in his family and their daughter ran away.

Shortly after their daughter ran away, Wayne and Claira started watching a television show that depicted military scenarios. During one of the episodes, the glass wall that Wayne built in his mind to hide his trauma came crashing down and flashbacks started flooding his brain. He started to share with Claira some of the experiences from his days in the military. A few months later, a sudden explosion of emotion combined with post-traumatic stress disorder and conversion disorder caused him to suffer a major stroke. While at the hospital, he also suffered sudden blindness, loss of speech and a seizure.

One of the doctors called Claira out of the room and shared with her that he believed Wayne was suffering from conversion disorder. He explained that the amount of mental anguish he was feeling was causing physical ailments to appear. He also explained that no cure existed, but going through counseling could help with the emotional and mental aspects relieving some of the physical ailments. After being discharged the family faced many difficult situations in a short period of time that allowed them to realize that anytime Wayne became extremely sad or mad or extremely happy, it caused him to suffer a seizure.

The family knew that he needed help and he started seeing psychiatrists, psychologists and counselors. Finding one that would truly listen to him and believe his stories proved difficult. One day Claira ran into a friend who worked for STCH Ministries. He shared with her about Family Counseling and told her to try it. Ten days later, Claira brought Wayne in for his first session. Early on his STCH Ministries counselor saw the level of emotional trauma. She saw him disassociate and heard about his post-traumatic stress disorder and conversion disorder. She listened and walked hand and hand with both Claira and Wayne. Their daughter also attended counseling and the family began to heal.

Wayne tried counseling before, but no one seemed to listen to him or understand him the way STCH Ministries did. Wayne shared, “STCH Ministries counseling has allowed me to talk about it in a sense that it’s okay to talk about it, instead of holding it in, putting it in the back of my mind, locking it up and throwing away the key.” The ability to open up and try different methods of counseling allowed for Wayne to start learning how to cope with his disability.

Due to his seizures, Wayne stopped working and the family dealt with financial stress. Not knowing how to move forward, they sought help from the United States Department of Veterans Affairs and the Social Security Administration. Both agencies struggled to provide assistance because the discharge papers they received did not show Wayne’s actual job so the level of trauma was unexplainable. Also, at the time, conversion disorder was a new diagnosis and the Social Security Administration needed more proof of his emotional distress. The couple sought help from a lawyer and a judge took their case. The judge provided paperwork for a counselor or doctor to fill out stating they had witnessed the level of emotional distress Wayne suffered.

Wayne and Claira approached their STCH Ministries’ counselor, who already helped change their lives and start the healing process, to see if she would help them through this as well. The counselor jumped at the opportunity to write a letter detailing the work Wayne had done in his sessions, including the day he showed up to a counseling session and was disassociating along with his other mental health disorders. This letter, along with a psychiatric hospitalization, led to the Social Security Administration finally recognizing that Wayne suffers from a severe mental health disorder that prevents him from working which allows him to collect full disability.

The future still contains uphill battles for Wayne and Claira. Currently, they are working to find a way for Claira to stay home and be a full-time caregiver for Wayne. Through this process, Wayne learned that his body cannot handle emotional highs or lows. He works to keep an even demeanor and avoids situations that cause either. He started writing a blog to help other veterans dealing with similar situations. He is learning to play piano as an artistic outlet. He continues to see his STCH Ministries counselor and both thank her deeply for all she helped them accomplish. Wayne’s STCH Ministries counselor shared, “Wayne went beyond the call for his country and gave up more than people can ever fathom by his service. It was a complete honor to answer my call to help him and his family.”

The Cumulative Lasting Impact One Year Made