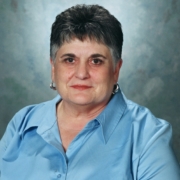 APRIL 6, 2019, outside of LaGrange, Texas, Diane Gryseels and several family members lost their lives in a tragic car accident.

Diane Gryseels is remembered for her passion for the Gospel of Jesus Christ by everyone who knew her. STCH Ministries staff, residents, and clients were all impacted by her life. Diane served over four decades through multiple positions across STCH Ministries, which means only Heaven knows the exact numbers of lives changed by her witness. She began as a caseworker in 1966 fresh from earning her Master of Social Work through Worden School of Social Service at Our Lady of the Lake University in San Antonio.

In 1968, Diane felt called by God to serve as an international Journeyman Missionary and moved to Vietnam. While there, she met Binh and LoiBeth in an orphanage. Eventually, God brought the siblings to Buckner Orphanage in Texas and Diane became their adoptive mother. Years later, Diane adopted Haylee, another of the children she met during her time in Vietnam.

Diane returned to STCH Ministries in 1972 serving in multiple positions. Her enthusiasm for the organization was the catalyst for her parents to become houseparents on Boothe Campus. Over time, Diane’s influence encouraged many in her family to serve in both ministry and missions. LoiBeth, her daughter and one of her brothers are both missionaries living overseas.

Donna Stewart is one who found a confidant, mentor, and friend in Diane. They met soon after Donna became a Christian and joined Tuleta Baptist Church outside of Pettus, Texas. When Donna’s husband returned to his faith in Christ and the two began to reprioritize their finances and begin tithing, they were challenged by multiple appliance breakdowns and unexpected car repairs. These difficulties were especially daunting as Christmas was fast approaching. Without Donna’s knowledge, Diane orchestrated members of STCH Ministries staff and Tuleta Baptist Church’s congregation to work together to provide a memorable Christmas for the young family. Much later, when Donna learned of Diane’s involvement and +she tried to thank her, Diane was adamant she no credit as the most important thing was for the young family to know the importance of tithing and learning to trust God to provide. Donna shares that she has since worked to “pay forward” the kindness that Diane showed toward her young family.

When the opportunity arose for STCH Ministries to expand services to Corpus Christi in 1985, Diane moved too in order to open the new Roberts’ Memorial Children’s Shelter, and she remained the director of that program until it closed. Her personal investment with STCH Ministries continued throughout her entire life and extended beyond the scope of her job description. Gina Diaz is one whose life was impacted by both Homes for Children (HFC) and especially Diane.

In the mid-1980s, Gina and her four young daughters became homeless. While the decision to place her children at HFC was heart-wrenching, she believed they “deserved to sleep in the same bed every night and eat three meals each day.” She felt these were essential elements every parent owes their child, and HFC made it possible for Gina to ensure her children were cared for. Gina wanted to better herself. She was empowered to get a job, find an apartment and enroll in college in Corpus Christi due to STCH Ministries dedication to helping the whole family. It was there that she met Diane. Gina credits Diane’s influence on her life for bringing her back into a relationship with Jesus. “Diane believed in me,” Gina stated. “She had a way of making you feel like you can overcome – no matter what the obstacle looks like. And, I don’t believe she did that just for me.” The two ladies remained friends even after the girls returned to Gina’s custody, in fact, Diane shepherded her through the reunification with her daughters and showed her how to regain their trust.

Tam Campbell, Administrative Assistant for STCH Ministries’ Family Counseling office in Corpus Christi worked with Diane from 1988 until Diane retired in 2010. During that time Diane was the Director of Memorial Children’s Shelter as well as head of both the Foster Care Program and the Adoption Program. The Adoption Program held a special piece of her heart; she placed a lot of babies in Christian homes. After those programs and the Children’s Shelter closed, she worked as a counselor until she retired. Tam feels deeply impacted by Diane, not just as a co-worker but as a friend. “I cannot even count the number of people she ministered to in her counseling practice, because they just numbered too many. Diane was a true servant of God who talked of His presence to everyone and anyone who would listen.” 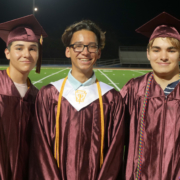 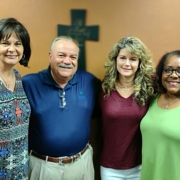 Faith & Work: Discover your Why 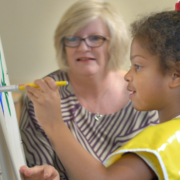 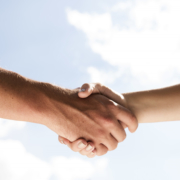 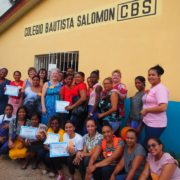 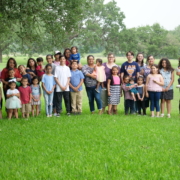