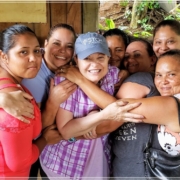 2019—STCH Ministries International expanded into Costa Rica!  Amanda Longoria, associate director for International, led the BSM college group from Texas State on this faith adventure.  STCH Ministries therapist, Leslee her husband, Johnny, also accompanied the group.  Excitement, blunted by apprehension, gripped their hearts as the trip began.  “Would their skills and resources be enough for the needs they would encounter?

After the short flight to San Jose, they began their first 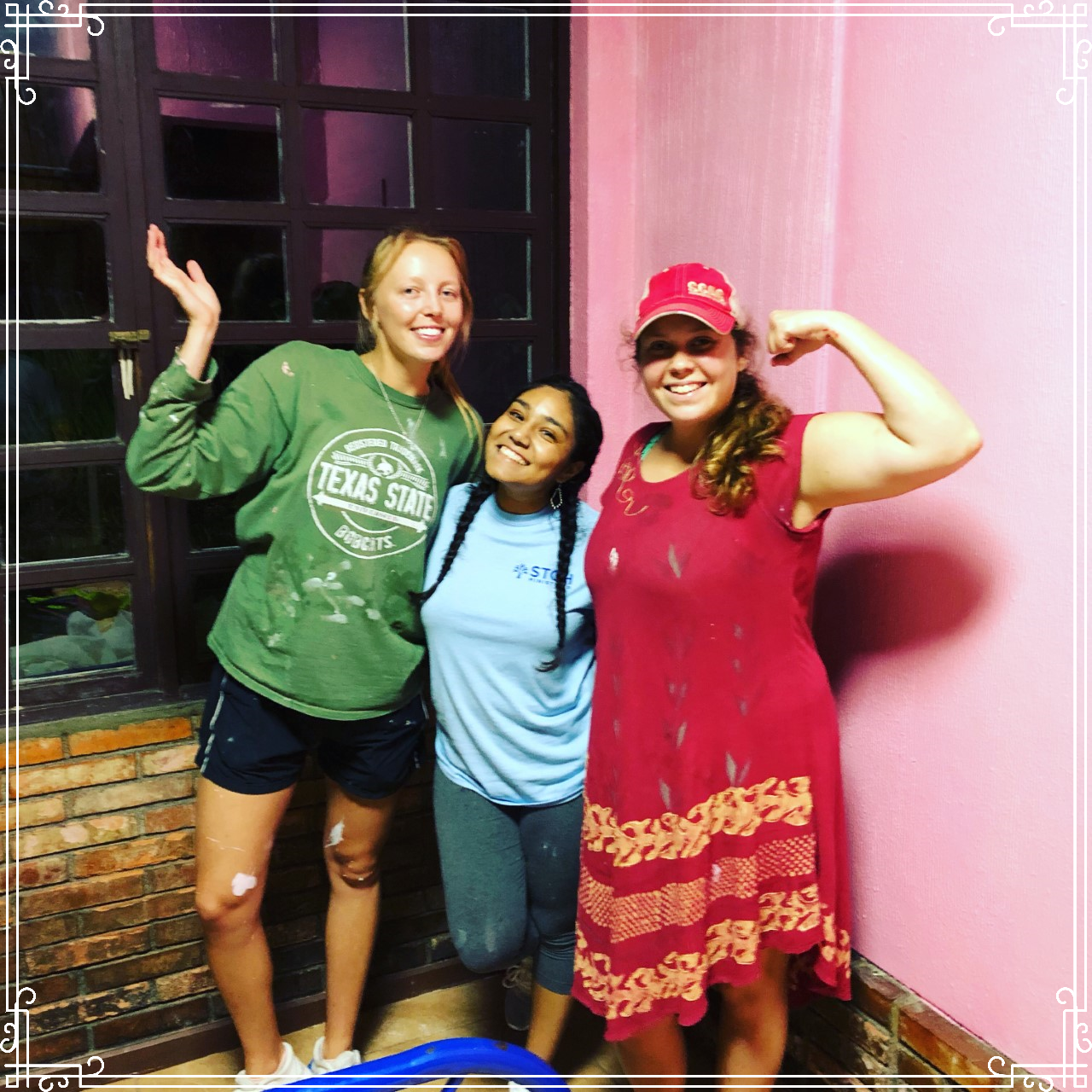 assignment at Excelencia Familiar children’s home. Asked to paint the bedrooms a hot pink color, the team went to work.  the last bedroom…Oh no! Big brown eyes reflected disappointment with the announcement, “We have run out of the pink color.” Hesitating momentarily, Amanda responded, “If Jesus made water into wine, we can make more pink paint!” They hurriedly mixed the remaining pink paint with leftover beige and red, and Presto! A unique Pepto Bismol paint job resulted.  The girls expressed delight.

refugees.  During VBS, Leslee was “” to take charge of making chicken soup for the large group of children and moms.  Panic set in as she viewed three WHOLE chickens.  Her US-grocery- store chicken was pre-cut!  Bravely, she picked up the helpless chicken, grabbed a knife, and set to work.  After sabotaging one chicken, she noticed the Costa Rican ladies patiently watching, and cried, “Help!”  Immediately one stepped forward. Whack, whack, whack!  The chicken was ready for the soup pot.

While the soup cooked, Leslee presented on depression and grief to grateful moms. Then it was time to serve the soup to 120 children and moms.  Anxiety increased, as the amount of soup dwindled.  Would there be enough?  Like the Biblical widow’s oil, they had just enough!

Repeatedly, God proved his faithfulness.  The men mixed concrete for a cement floor in the community worship center.  The supply was just enough for the floor, and a sidewalk. Later, the 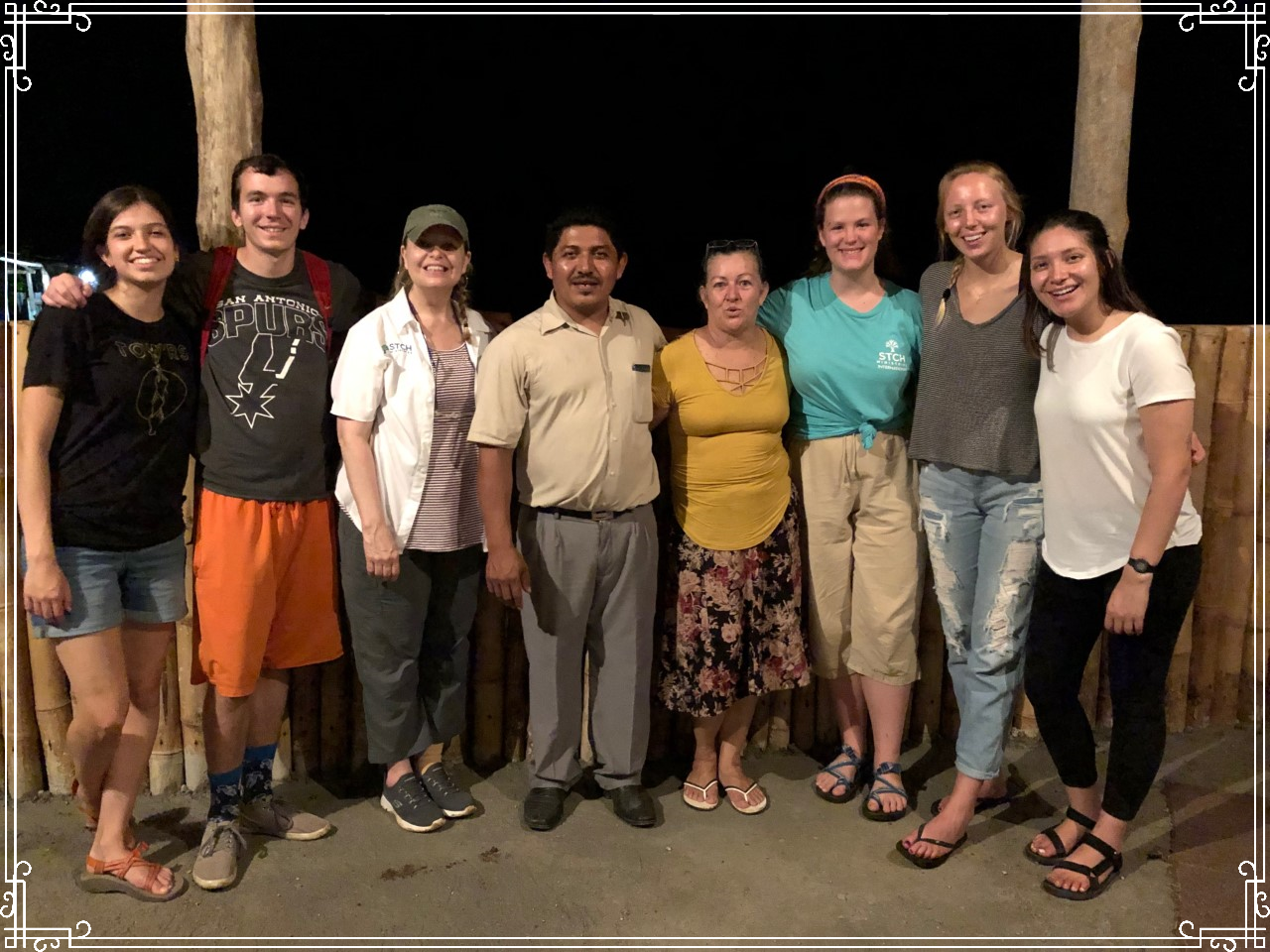 community gathered on the new cement floor for popcorn and the movie, Left Behind.  Johnny spontaneously was asked to speak to the crowd. Exhausted from the unaccustomed concrete work, the life-long dread of public speaking threatened to overwhelm him.  Then he thought, “I don’t want any of these people to be left behind.” God’s peace replaced fear as Johnny shared the Good News of salvation through faith in Christ.

After the event, they planned to distribute groceries to the first 50 families.  Too late they realized the supplies filled only 41 bags. Miraculously, only 41 families stayed to receive the food.

Reflecting back on their experiences, Amanda reported, “The greatest lesson we learned was to trust God with everything He IS able. Every day we learned to lean on him for strength and energy, and all of our needs.”