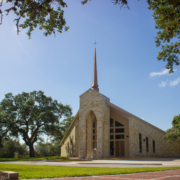 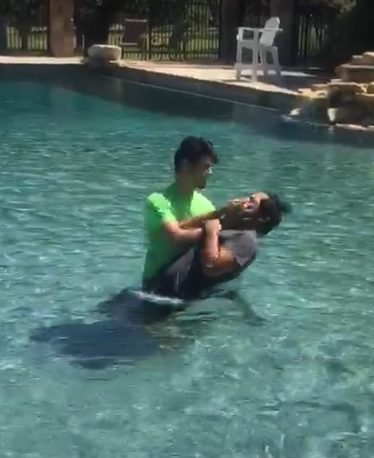 The story is told of our great Texas forefather, Sam Houston, regarding his baptism and a conversation with his pastor, Rev. Burleson, who would later become the president of Baylor University. This was a widely talked about event with hundreds coming for the baptism from as far as Austin. Sam Houston had quite a reputation for behaviors not often associated with the church going folks.

On the morning of the baptism, the pastor discovered that several boys had pranked the church baptism pool with sticks and mud, so the ceremony was moved to the “Baptism Hole” on Rocky Creek, south of College Station, Texas.

Upon completion of the baptism, General Houston was greeted by friends on the river bank with one quoted as saying, “Well, General, all your sins have been washed away.”

General Sam Houston replied, “If that be the case, God help the fish down below.”

Mateo, 23 years of age, was baptized last month in the Boothe Campus pool. We have been privileged to know Mateo for many years. Mateo has been blessed by biological family, adopted family, friends, and staff of STCH Ministries who have stood by him, encouraging him through both difficult and triumphant times. The concept that it takes a village to raise a child goes without saying for Mateo. Numerous staff members have patiently been about the business of encouraging him and were excited about his decision to accept Christ. Upon completion of his baptism, I did not see any fish to help, but was concerned about a couple of frogs.

In an article by David Smith, it was reported of Sam Houston that, “Then he met Jesus and was baptized and everything changed.” We celebrate Mateo and pray for his continued spiritual growth. Not unlike most of us, he has come far. 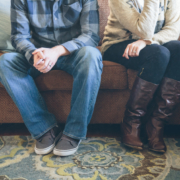 God uses our family therapists on a daily basis to offer hope to hurting families from Corpus Christi to San Antonio to Houston. One client recently shared with his church his experience in marriage counseling at STCH Ministries.

“After the birth of our second son, my wife and I slowly slipped into some unhealthy patterns that were wreaking havoc on our relationship. We were both exhausted working multiple jobs and trying to raise our family – you know, just the normal everyday life stuff that comes with parenting a 2-year-old and a newborn. Then about 9 months later my wife was diagnosed with postpartum depression and we knew we were not in a good place in our marriage.

“A friend recommended that we contact STCH Ministries and we set up a meeting the next week. Like most couples we probably both went in hoping that our counselor would ‘fix’ the other person, but the reality was that she was able to hear what my wife and I had been saying/doing to one another and then helped translate it so we could each understand where the other person was coming from.

“We’ve had a number of breakthrough moments through our weekly counseling sessions. 2016 was an incredibly difficult year for us and without STCH there to walk alongside us we would have continued down a hopeless road and our story would likely have had a bad ending. Thank you for supporting STCH. Our experience with them has been absolutely incredible – it has changed our lives!”

At our Family Counseling ministry, we offer counseling that is clinically excellent and distinctively Christian. We believe in using scriptural principles as the foundation for viewing life’s problems. For over twenty years we have provided hope and direction from a biblical perspective for countless individuals, couples, children, and families. If your family needs help, call us at 1.833.83.STCHM to schedule an appointment. 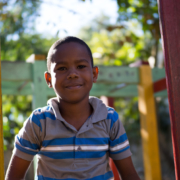 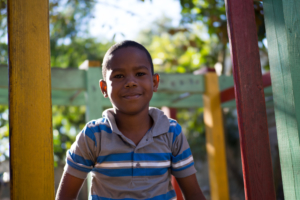 One of the most difficult aspects of the Samuel’s Fund sponsorship program is choosing which children to sponsor. How we wish that resources were unlimited, but only God is limitless. So we must choose. We cannot go strictly on need. The criteria is not only need, but also potential.

Potential includes a reasonable degree of support in the child’s environment—someone who will provide accountability for school and church attendance. It also includes a good attitude and willingness to invest efforts in their schoolwork. When those standards are met, our STCH Ministries team invests whatever it takes to help that child succeed.

Recently Rebeca, our Samuel’s Fund Director in the Dominican Republic, traveled about two hours to visit a school in Bani.

I went to Bani to visit with Christopher Cabrera’s mom and teachers. I had received information that Christopher was stuck and not progressing in his learning. I talked to mom who admitted that she had failed to help him to do what the Special Ed. teacher had recommended in the past. I helped her explain to the homeroom teacher, who didn’t know his past difficulties, all that Christopher and his previous teacher had achieved.

As a result of this visit, an online group called “Christopher support group” was created. Both mom and the current teacher were encouraged and they promised to work hard. It was worth making this trip.

Once a child is accepted in the sponsorship program, we are dedicated to their success and to minister to their families. Staying in contact, finding resources, addressing issues, advocating for them—it’s intense and time-consuming. We make it a priority to be faithful stewards of our resources in an effort to develop the potential God has given to each child. 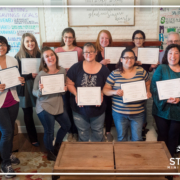 The single moms who live at Homes for Families are on a journey of faith. They are building a relationship with God and learning how to be the mothers that He created them to be. In the past few months, they discovered that faith has a big impact on their finances as well.

STCH Ministries brought two of our programs together: a Faith & Finances class was conducted at Homes for Families to teach the moms about biblical principles of money management.  In the first few classes, the moms learned the basics: what the Bible says about money, how to create a spending plan, and how to save for emergencies. As the semester progressed, so did the depth of the topics. The women learned how to understand interest rates and avoid predatory lenders.  They pulled their credit reports for the first time and, in some cases, were a bit shocked to discover how many past mistakes were still following them around. The Faith & Finances instructor worked individually with several students to make an action plan and begin setting things straight.

Perhaps most importantly, the class taught this group of moms that their dreams are not so impossible after all. Debt doesn’t have to be a way of life, and poverty doesn’t have to be permanent. An education and decent job are within reach. One day, they can provide a safe and comfortable house for their children and even pay it off. Faith & Finances showed them how to stop living in a financial crisis and begin the slow, steady process of building a foundation for the future.

The moms recently celebrated the completion of the class and received their certificates, along with the Homes for Families staff who also took part in the course. Their graduation was held on the first day of spring—a fitting metaphor of the renewed financial life that these ladies are beginning.

To find out more about Faith & Finances, take a look at the latest edition of the Messenger. If your church or organization is interested in partnering with us to host a class, visit www.STCHM.org/FF to contact the office nearest to you. 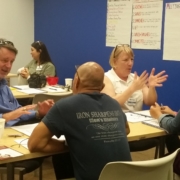 Our spring classes are in full swing and we have had some awesome things happen so far. In our last Faith & Finances class at One Voice Praise & Worship we had a woman open up to us about some big and tough things that have been going on in her life. She stated that due to a heart attack and heart issues she has lost everything. She has no home, no car, and loads of medical bills to pay.

She voiced that she was so thankful and recognized God’s timeliness in her finding out about our Faith & Finances class and being able to attend. After class she proceeded to walk to the alter of the church that we were in, get down on her knees, and pray over the difficult circumstances in her life.

We are so thankful for God bringing her to our class and for the transforming work that is already beginning to take place in her life. She has begun to realize that there are better ways for her to handle and manage her finances, and that with the help of God and others around her she is not stuck in the place that she has been in. 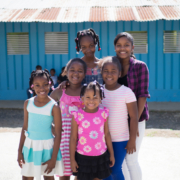 “I have learned that God hears my prayers even about little things,” Abril Lorenzo shared.

Abril is a 12-year-old sponsored child who longed to attend a drama presented by the Quisqueyana Baptist Church in the National Palace of Fine Arts. Abril knew that the possibility of paying for this would be impossible for her family. In the quiet of her own heart, she shared her desire with God. “Please, God, I would love to go to this drama.”

How pleased she was when she learned that her sponsorship would pay for her ticket!

For children to know Christ, grow in their faith, and get an education—these are the most important goals of the Samuel’s Fund sponsorship program. In addition to help with tuition, school uniforms, and books, the children frequently receive additional benefits—a backpack, an outing with their class, groceries for the family, medical care, and even a birthday cake! Over the Christmas holidays many children also received extra gifts of games, toys, and clothing. Our staff was kept busy delivering these gifts, which were received with great joy!

It may seem like such a small thing, a ticket to a drama. For Abril, it meant that God hears the concerns and prayers of a little girl. Sometimes it is those small extra benefits that impress a child with God’s care and love for them.